Google Translate and the Bible

God has always used people to accomplish His work. The task of translating the Bible will always fall upon godly men and women.
Jul 17, 2020  |  Bill Patterson  |  Unreached

Imagine opening your Bible and finding the following translation of the best known verse in the Bible: “God loved the world so much that He gave it to His only begotten Son.” Earlier today, as I prepared to write this article, I used Google Translate to translate John 3:16 from English to Mongolian, from Mongolian to Bangla, Bangla to Basque, and Basque back into English. 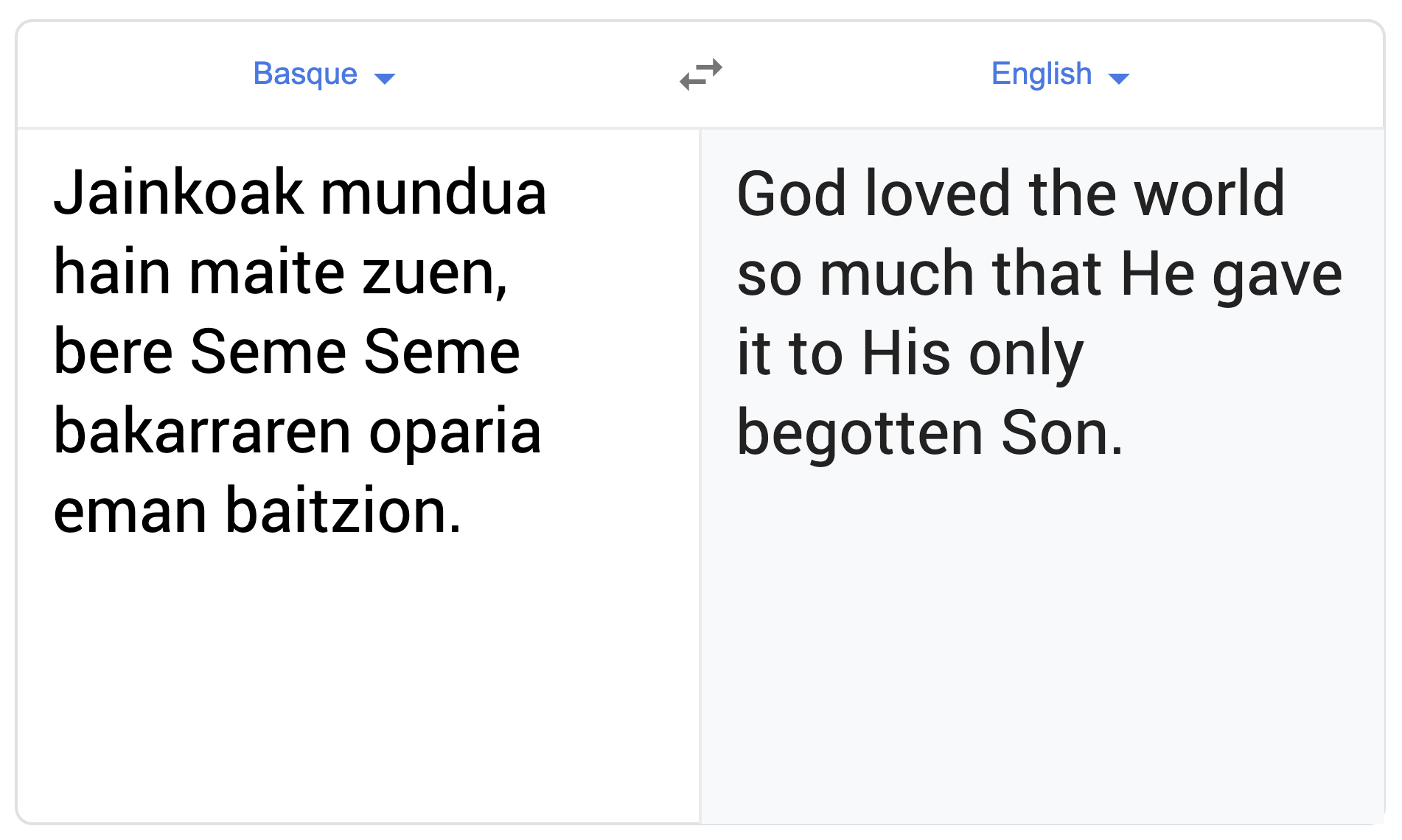 Had everything worked as it was supposed to, we would expect the verse in English to be the same as when we started. The result was far different from what some might think!

Translation software often enables us to share the gospel with those who speak a language unknown to us, but we should not think of it as capable of translating God’s Holy Word. In this article, I would like to point out three major reasons why the Bible cannot be properly translated by using a program like Google Translate.

The Lack of Spiritual Discernment

The Word of God can only be properly understood, and subsequently translated, by a person who has been born again. 1 Corinthians 2:14 says: “But the natural man receiveth not the things of the Spirit of God: for they are foolishness unto him: neither can he know them, because they are spiritually discerned.” Proper interpretation of the Bible requires divine guidance which is provided by the Holy Spirit living within the believer.

Since neither computers nor software are able to obtain spiritual discernment, how could they be relied upon to make a valid translation of God’s Holy Book? Although there have been some attempts to use translators who are unsaved to translate God’s Word, those translations have proven to be of no spiritual value to the Christians for whom they were translated.2 For a translated Bible to be adequate to teach new Christians all that the Lord Jesus Christ has given us, born again translators will be necessary.

A famous ancient Italian proverb declares: “Translator, Traitor!”3 The thinking behind the statement is that every translator is a traitor, either to that which is being translated, or to those for whom one is translating. Unintentionally, all translators are biased. 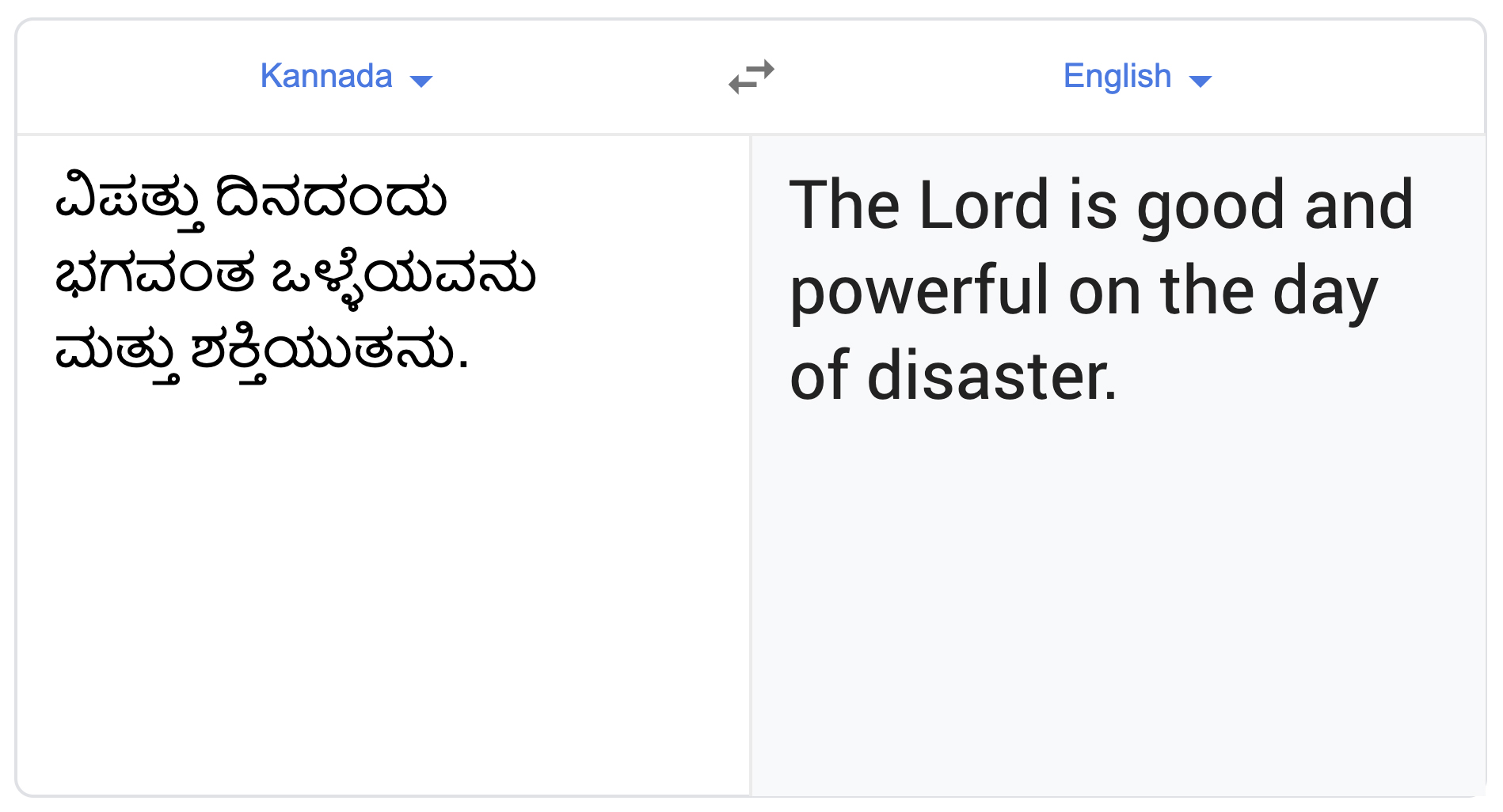 Truth is “Lost in Translation”

The Word of God should be translated within the context of its origin and purpose; that is, to communicate divine truth to God’s people, using words and expressions that are familiar to generations of Christians. “Software translation is built by using algorithms that draw on a database of words—similar to a dictionary.”4 First year Greek students are often surprised that they cannot translate verses by simply finding the Greek word in a lexicon5 or concordance6 and using the English equivalent. Almost no sense at all can be made from that type of translation. Mechanical translation is exactly the same: the words are translated, but the meaning is lost. A good translation of the Bible will be faithful to the words of the original without compromising the meaning.

In summary, although technology can be a great tool in the hands of a translator, it will always be necessary for the Bible to be translated by those who have trusted in God. When those who love the Lord render His Word in another language, their service is invaluable to those who are benefitted by it.

God has always used people to accomplish His work. The task of translating the Bible will always fall upon godly men and women.

20% of the world's population has zero access to Scripture in their first-language.

It is my conviction that no child of God is exempt from witnessing to people concerning the gospel of Jesus Christ.

The converted Auca declared it was something else that made the change—the Creator’s “markings.”

What Missions Conference Means to Me